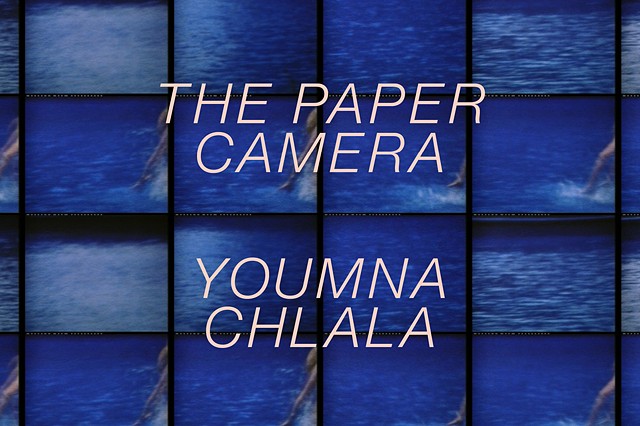 "Beauty is back, rejoice!" So ends THE PAPER CAMERA, a flickering catalog of Beirut and other cities, love and longing. Loss is interrupted by vignettes of intimacy. Charting the absence between unrecoverable points of origin and migrating bodies, THE PAPER CAMERA explores how the boundaries of a city map themselves on one's own tongue. THE PAPER CAMERA is a multilingual, hybrid text that speaks to the porousness and fragility of a body at risk and in flux, yet deftly moving through the liminal spaces of home and language.

Purchase on Small Press Distribution Praise for The Paper Camera

Youmna Chlala shows us that a book taking place in one location—be that a language, a city, between a certain set of pages—is always also unfolding some place else (in another language, a different city, in a photograph rather than a book), and it’s this double-occurring of sight and reach and render that most closely approximates what we have inherited and what we have passed on in this life of violence and remembering. The Paper Camera is a conductive force, flaring and deeply moving. Renee Gladman

This is a remarkable 'camera' work where the film keeps moving along people who're running from city to city, continent to continent, directed by "a young girl (who) sticks her tongue out of a gun." Covering, and uncovering Lebanon, she extracts a remarkable poetry from a continuously exploding war. Etel Adnan

Vigorously rangy and adventurous, this is a book that locates human dignity in daily detail and, in turn, tracks the minute ways that our most mundane moments are informed by ancient sources of human integrity, from Gilgamesh to sharing a meal. The triangulation of two verbal languages and one visual one underscores a dynamic based on constant displacement, creating a structural echo of the work's abiding focus on the cultural disruption created by exile in its myriad forms and causes. Most of the visual images are of windows, often taken from the outside looking in, offering a strong metaphorical through-line; we may be outside-looking-in, but we can see—not what's on the other side of the window, but something beyond it; it's a book that sees beyond the readily visible and uses that to see in more intricate ways. Cole Swensen